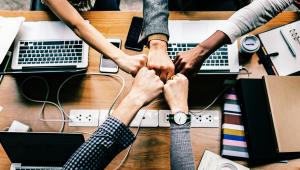 The Netherlands is high on the international lists when it comes to internet abuse. Despite several initiatives that have been taken, that ranking is still too high. This damages our reputation as a digital gateway and safe place to do online business. The government regularly states that they intend to restrict internet freedom because of this. The Dutch cloud and hosting sector want to take their responsibility and their part in ensuring clean networks.

Recently, the sector published a code of conduct for abuse control to contribute to keeping the Dutch networks and servers clean and safe. The code has been developed in collaboration with the corporate life, government and civil organisations and focuses on operators of digital infrastructures like hosting providers, cloud providers, data centers, etc. The NBIP has also launched abuseplatform.nl, where providers can find information on abuse in their own networks and systems.

BIT endorses the new code of conduct for abuse control and has played an important part in its development. A variety of codes were already in place to address specific aspects of abuse; like the NTD code (Notice and Takedown) and MANRS (Mutually Agreed Norms for Routing Security). The code of conduct for abuse control is an addition to these existing codes and is supported by ISPConnect, DHPA and the VVR, amongst others.

In order to comply with the code of conduct, a number of steps have to be taken. One of those is the processing of abuse reports, which is often a time consuming practice. With AbuseIO, providers can easily, quickly and automatically process abuse reports, inform end users and detect and remove abuse. AbuseIO is open source software developed by BIT and is currently being used by several hundred parties.