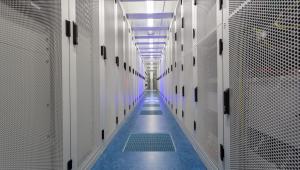 This week I heard from the industry association Dutch Data Center Association (DDA) that the municipalities of Amsterdam and Haarlemmermeer are planning to withhold permits for the construction of new data centers, unless they meet very strict environmental requirements. They would have to run on green energy, re-use residual heat and it is explicitly stated that there should be LED lighting. Some of it is a little ahead of the development plans.

Even though it would be beneficial to BIT when there are less data centers being built in Amsterdam, this decision seems ridiculous to me. Why would you ever force one industry to use green energy, but not others? In regard to the re-use of the heat that is produced in data centers, over two years ago the industry indicated that anyone interested in the residual heat could have it for free. So that is not an issue that has to be dealt with by the data centers, but by the buyers. And forcing data centers to use LED lighting? That is like telling someone with an electric car not to turn up the radio because it would use to much power. All businesses (so not just data centers) that use more than 50.000 kWh per year have been obliged for ages to take all energy-saving measures that can be earned back within 5 years. Since July 1st of this year, it is mandatory to proactively inform the government about this. So, using LED lighting instead of fluorescents is practically a given already. Why take such measures then?

An in the meantime they decide – despite all the objections, both from local residents and concerning the environment – to expand Schiphol (municipality of Haarlemmermeer) with 10%.

If you still get it, please let me know…