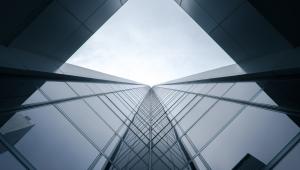 The use and importance of the internet is increasing year by year. The IT sector is growing and IT companies are currently the largest business ventures in the world. Every day I read about the digital transformation, even though I am not entirely sure what they mean by that. And everyone is in the cloud or is on their way to get there. Good times for someone working at an internet company, you would think. However, I am worried about it. Mostly about the last part: the cloud. Definitions of the cloud differ, but often people refer to it as a supercentralised infrastructure. That supercentralised part of the cloud is disturbing to me. It differs so much from how the internet has developed up to ten years ago.

There was always room on the internet for people and organisations who could be innovative without permission or obstructions. The number of people and businesses that played a part here was always relatively large. Over the last decade, however, it has been a small group of businesses that has done great things for the internet and its users. They have made technology available to a gigantic number of users which made the internet more accessible and safer. But over the last few years, this small group of businesses seem to be playing a decreasingly positive role. They have become so powerful that they decide how the internet works, which innovations can or cannot be implemented, who has access to data and even who owns that data. We as a society, and even more importantly as IT sector, have given this power away to them.

A well-known ‘meme’ , a number of years old, that the IT giants no doubt endorse is “With great power comes great responsibility”. Simultaneously the ‘meme’: “All power corrupts” has been a few centuries old. To me it seems that this last meme is getting more and more applicable to the IT giants. The privacy scandals around these businesses are known to us all. But there are many more cases where these companies are the villains in the story. An example are the enormous merits some of these businesses make by using open source software without repaying the open source community in the slightest and even ‘vendor lock’ the users to their version of the open source software. A second examples is the movement of browsers towards DNS over https through a limited number of DNS providers. If the browsers keep pushing these plans, all DNS queries will automatically be sent to a only a small number of companies. These companies will have access to data about which pages were visited by whom for hundreds of millions of internet users. Even more information about us and our behaviours that we are sending to the internet giants. My final example; the past few years, many hosting businesses have closed their won mailing services and server infrastructures and opted for buying from one of the big cloud companies. These cloud companies get rid of the hosting party as an intermediary by tempting the end user with direct contracts for lower fees, especially when such an end users has a certain format.

Why do we allow foreign IT giants to monopolize technology?

Why do we, as an IT sector, let this happen? Why do we think it is a good idea to place our client’s data in the hands of one of the three or four giant, foreign IT giants? Why do we let these companies monopolise technology? Why do we make ourselves and all innovation fully dependent on companies that we know always put themselves first? Isn’t it time to start wondering whether we have chosen the right path here?